Neal became a Ham Radio operator in the golden years of his life after many years of CB radio.  He brought more than years of electronic repair with him to the hobby though, he brought light and good times to the wee hours of the morning and other times of the day.  There was hardly a time when you could key up the Sullivan repeater and give your call sign and not hear his hardy KC0ZIL come floating back!  Everyone with no exception just loved him, mainly for his zest for life and knowledge.  What a good attitude he had about life in general and if you needed a pick my up all you had to do is grab that microphone and give him a call!  He would say stuff like “however you’re feeling,  it’s better than the alternative” or “don’t take pain pills, don’t you have enough pain?”He was always willing to listen and be supportive.  I had the privilege of living around the corner from him.  We met on the CB when he was known as Little Brother!  And man he sure was a brother indeed.  He made many donations to club activities as well as he passed out a few radios and antennas to others just to be Neal.  He is missed greatly, but his spirit will live on in the airwaves of life!  I shall never forget how he hung onto one old CB habit as he would sign off he would say “73 we’re back quiet!”  Though he may be quiet for a time, I know we will hear him with a Golden D-104 someday once more saying “K C 0 Z I L live from Heaven, not from, well we won’t talk about that here on the radio!”  If you knew him, you will get that!

Please Take A Moment Today To Pray For Those Lost This Week. 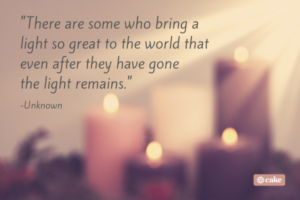 Please Take A Moment Today To Pray For Those Lost This Week.