On Monday, December 3rd, 2018, the Sullivan Amateur Radio Club engaged Radio Comm of Krakow, MO to climb the West Sullivan Water Tower and mount the antenna for the 146.805 repeater.  In addition to the antenna, Radio Comm placed the 1/2 inch Heliax coax all the way down the tower to our repeater cabinet!

In addition to getting the antenna mounted and the coax run, we had our electrical contractor to come out and cut the power into our cabinet as well.

I would like to thank Anthony xxxx and Jeremy Linnsxxxx from Radio Comm.  The weather was cold and windy and Anthony climbed the tower like a true pro!  It HAD to be 20 degrees colder up there in that wind, and I can speak for the entire club when I say we are so thankful for his dedication to getting it “all just right”!  Jeremy wanted to minmize his role, but he was Anthony’s ground crew and without him, it wouldn’t have gone as well as it did!  The Sullivan Amateur Radio Club thanks you both for your efforts on a very cold morning in December!!

I’d also like to express my heart felt thanks to Jerry Waeltermann and Allan Sieker, who were also part of the effort.  It’s a group effort.

The repeater is on the air but it has some issues at this time.  We are aware that the repeated audio is not what it should be.  We also believe that the repeater’s squelch needs to be adjusted.  We will be attending to these things asap.

I know it’s been a long time coming, but I am grateful to everyone involved for their efforts to get it back in service.  Thank you everyone, whose been a part of this effort!

Here are the pictures from Monday! 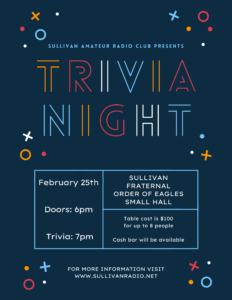 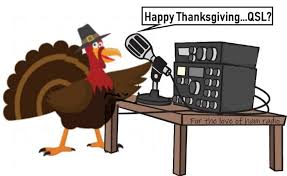